As part of the 75th anniversary celebration of the Nisei Week Japanese Festival, the Nisei Week Foundation held its first bowling tournament on Jan. 18 at the X Lanes in Little Tokyo with more than 200 people attending.

Co-chaired by Lauren Kinkade-Wong (2001 Nisei Week Queen) and Silvia Yoshimizu-Yee (2001 First Princess), the tournament was part of a series of Nisei Week events planned this year.

Proceeds from the tournament — more than $12,000 — will go to the Nisei Week Foundation and to an annual scholarship awarded by the Japanese American Women’s Giving Circle, a subcommittee of the foundation, to a young woman who has demonstrated a commitment to philanthropy and service for the Japanese American community.

The tournament was dedicated to Robert Chun, better known as Uncle Bobby, a long-time Nisei Week Foundation board member, who passed away on Jan. 10 at the age of 84. He and his wife Marian established the Hospitality Committee and were instrumental in developing relationships with the Hawaii Cherry Blossom Festival, Northern California Cherry Blossom Festival, Japanese Queen Scholarship Organization of Washington, and community queen programs in Chicago and New York.

Following the Junior Tournament for bowlers 18 years old and under, the Adult Tournament started with a “First Bowl” by distinguished community members: • Yoshio Lee Aoki, president of the Japanese Chamber of Commerce of Southern California

• Mickie Okamoto-Tsudama, board chair of Kizuna Teams represented various community organizations. The bowlers had different levels of experience, with some getting mostly strikes and spares and others mostly gutterballs, but a good time was had by all. 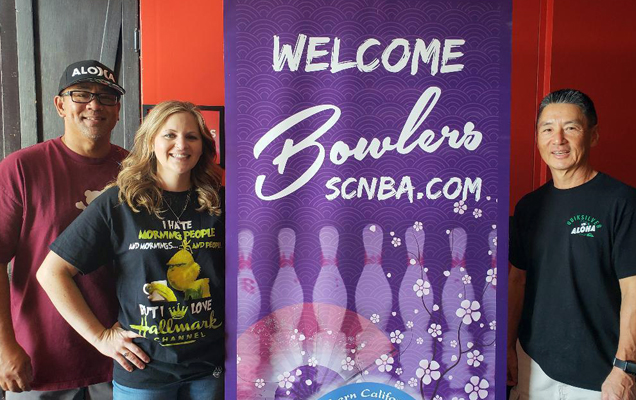 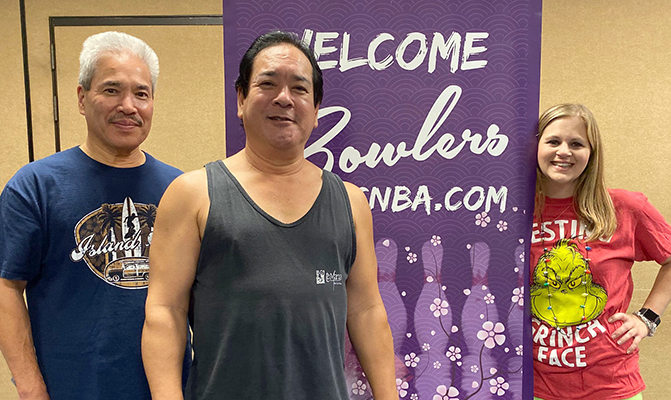 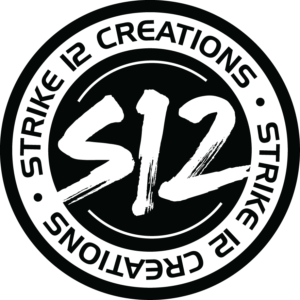